The efforts last summer to clean up portions of the Eagle Mine Superfund site at the southern end of Minturn have been deemed completed, with the U.S. Environmental Protection Agency (EPA) and the Colorado Department of Public Health and Environment (CDPHE) approving the final completion report on Dec. 22, 2021.

The agencies’ approval of a Response Action Completion Report certifies that the land within the Trestle Area, a sub area of the Eagle Mine Superfund site where historical mining activities contributed to contamination of surface soils, has been remediated by landowner, Battle North, LLC, and the Notice of Environmental Use Restrictions on this parcel will be modified to remove the land use restrictions currently in place.

In addition, the EPA and CDPHE approved a conceptual work plan, or Project Delivery Strategy, for the nearby Old Tailings Pile (OTP) area, that describes the remediation work to be completed by Battle North on the OTP when a planned reservoir is constructed on the former Bolts Lake site located north of the OTP. 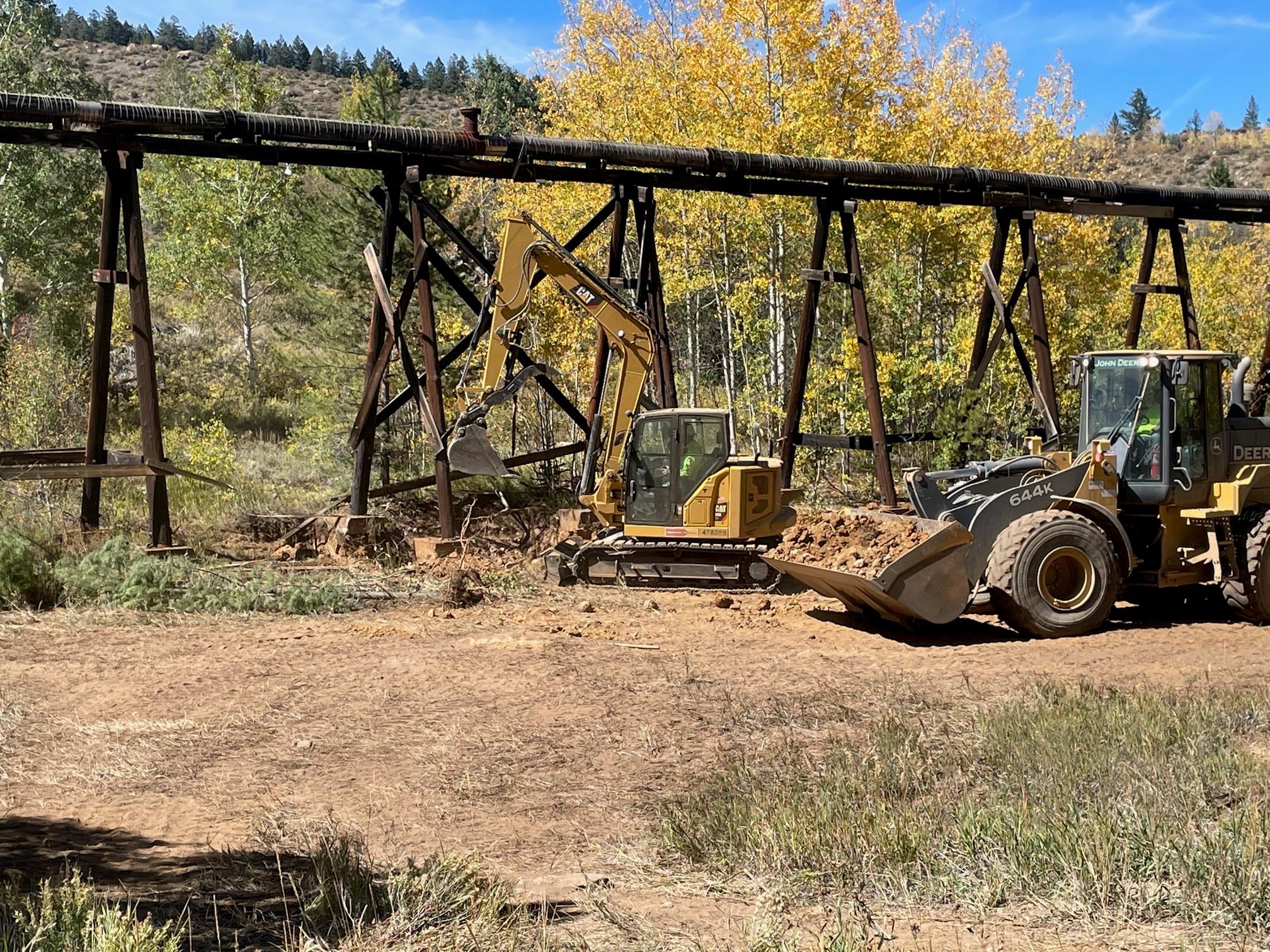 Remediation work at the Trestle Area.

The Eagle River Water & Sanitation District, Upper Eagle Regional Water Authority and Battle North are collaborating on the development of a water supply reservoir at the Bolts Lake site, which facilitated the completion of the remediation work.

Battle North, which owns about 600 acres in the Maloit Park and Bolts Lake areas, has been working with the EPA and CDPHE since 2006, completing extensive testing and analysis of the site to understand which areas needed additional remediation to allow for future residential use.

Further, the district and the authority have been evaluating the Bolts Lake area, that was never part of the Superfund site, to confirm the feasibility of creating a water supply reservoir. Last year, the district, the authority and Battle North reached an agreement for the district and authority to purchase the Bolts Lake site following a due diligence period. The district and authority would allow passive recreation on the reservoir, including non-motorized boating and fishing, so long as it doesn’t interfere with the reservoir’s main purpose of water supply. In addition, the construction of the reservoir would require deep excavation within the former lake footprint to roughly triple the volume of the original reservoir capacity. The clean material excavated from the reservoir construction would be used as cover material for the OTP area of the Superfund site, as outlined in the conceptual work plan.

Operable Unit 3 of the Eagle Mine Superfund Site, which is adjacent to the proposed location of the new reservoir, was previously remediated in the 1990s but certain land use restrictions remain along Tigiwon Road and a portion of the iconic mining trestle where the recent cleanup efforts took place.

Battle North will also submit additional work plans for future cleanup of other portions of the Superfund site to the EPA and CDPHE for their review and approval to allow for continued remediation efforts in the coming years.

“We are very pleased that Battle North has completed the Trestle Area remediation work and obtained approvals for the conceptual plan for remediation of the OTP. We look forward to developing a much-needed regional water supply reservoir for our community at Bolts Lake, that will have the additional benefit of improving water quality for downstream users,” says Jason Cowles, ERWSD’s Director of Engineering and Water Resources.

The Bolts Lake area is planned to ultimately accommodate a 1,200-acre foot reservoir on about 45 acres, with enough water storage to secure service for customers of the district and authority for decades to come, as well as potential future development in Minturn.