The Basecamp development is being constructed on the northeast corner of Avon Road and U.S. Highway 6. The temporary water outage will affect a nearby area bounded by West Beaver Creek Boulevard on the north, Avon Road on the east, Lake Street on the west, and south to the Eagle River – including the Avon municipal complex (see map).

The temporary outage is expected to affect these buildings: 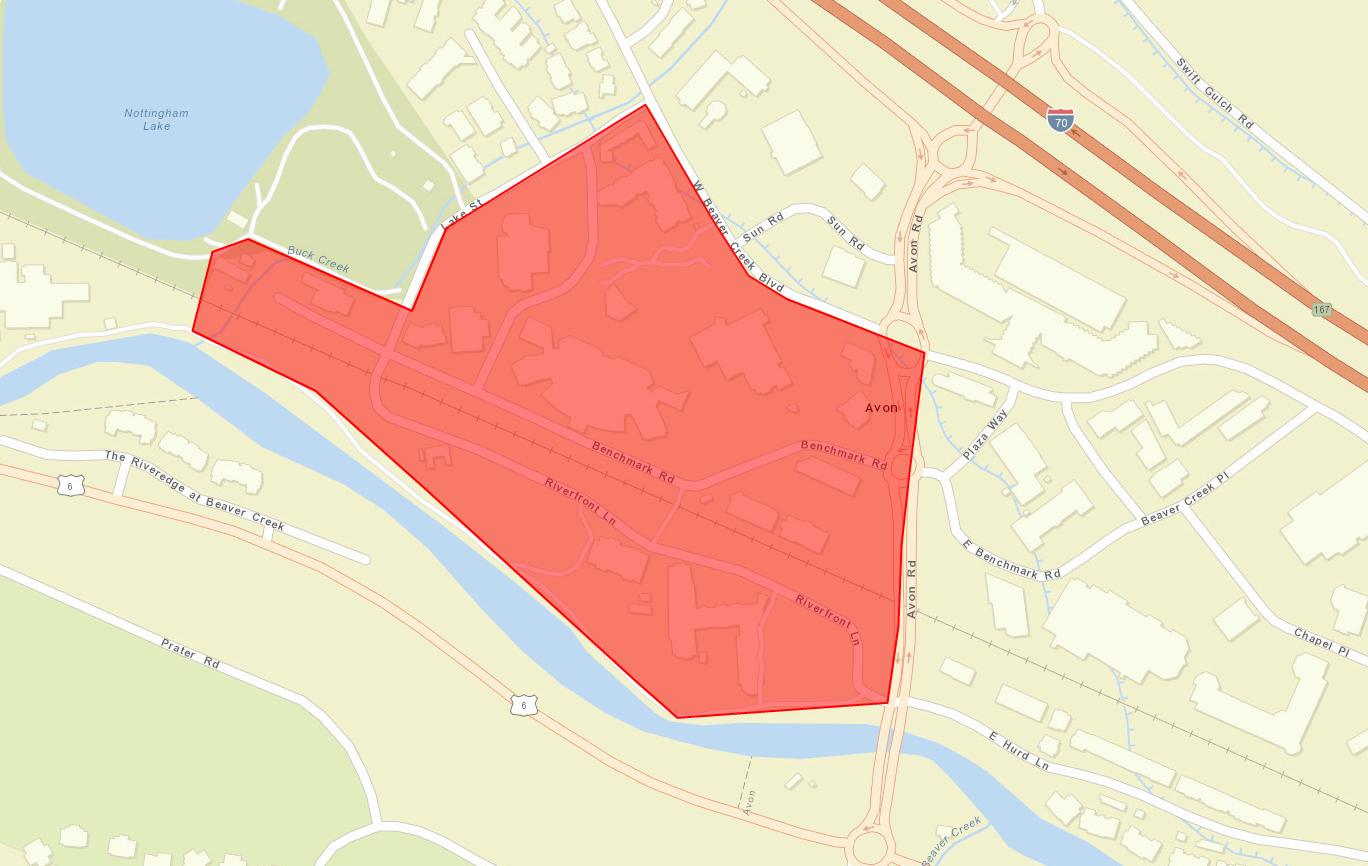 To connect the development to the public water system, Eagle River Water & Sanitation District staff will close valves in a nearby section of water main so Basecamp can install water infrastructure on the project site. The Nov. 1 attempt to reverse the flow of water in the area to avoid a water system outage was unsuccessful, which forced a shutdown. Crews will complete the work at night to minimize the inconvenience of the water outage.

To prepare for a temporary water service outage, fill a bathtub or large bucket with water for hand washing and toilet flushing, and fill several pitchers for drinking or cooking needs. To flush a toilet during a water outage, pour a bucket of water into the bowl all at once. Learn how by watching this short video.

Once the Basecamp work is complete, crews will reopen the valves in the water main and water service will be restored at all buildings – possibly by midnight, but no later than 6 a.m. Thursday. Properties may temporarily experience low water pressure until water lines refill.

The temporary outage is expected to stir up sediment that may briefly cause discolored water in some properties and will also likely cause cloudy water due to air in the system. The water is safe to drink and you can clear your pipes by running faucets, tubs or an outside spigot. Flush your lines until the water runs clear.