The Eagle River Water & Sanitation District and Upper Eagle Regional Water Authority closed on the purchase of the Bolts Lake site, a 45-acre parcel at the south end of Minturn, an historic mining and railroad town, with the intent to develop a water supply reservoir up to 1,200 acre-feet in volume.

The district, the authority, and the landowner, Battle North, last February reached an agreement for the district and authority to purchase the site and commenced a year-long due diligence period that recently concluded with the purchase. 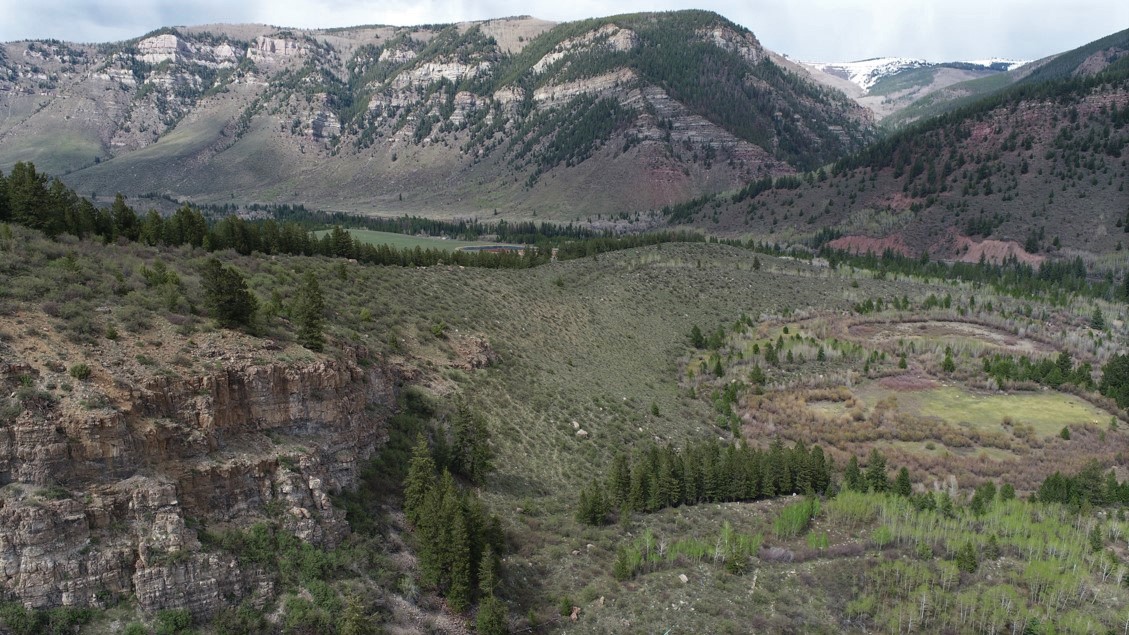 The Bolts Lake Reservoir site is located in the foreground with a view east towards the Two Elk Creek Drainage.

“Bolts Lake will provide critical in-basin water storage to the district and authority’s portfolio of water resources. Once constructed, the reservoir will improve the resiliency of our community’s water supply as we adapt to the impacts of a changing climate, and it will provide a water supply for important community initiatives such as workforce housing.” says Jason Cowles, district director of engineering and water resources.

In addition to serving all existing district and authority customers, water stored in the reservoir will also be used to augment diversions of the town of Minturn and Battle North’s planned future development on the land surrounding the reservoir site. The Minturn Town Council approved an Intergovernmental Agreement with the district and authority on Feb. 2 that secured augmentation rights for Minturn in exchange for a simplified future reservoir permitting process and other considerations.

The reservoir development project is projected to take up to 10 years to complete. The construction of the reservoir will require deep excavation within the former lake footprint to roughly triple the volume of the original reservoir capacity. Based on a planned joint effort between the district, the authority, and Battle North, the removed material will be used to cap the surrounding property on the Bolts site that furthers remediation of mining impacts on the property and improves downstream water quality in the Eagle River.

An additional community benefit will be that the district and authority have agreed to allow passive recreation on the reservoir, including non-motorized boating and fishing, so long as it doesn’t interfere with the reservoir’s main purpose of water supply.

The next step for development of the reservoir is federal, state, and local permitting; because the property is not located on public lands and was previously used as a reservoir, the permitting process will be streamlined compared to water projects that are proposed on public lands, Cowles explained.

Bolts Lake was originally constructed in the 1890s by Ben Bolt as a freshwater lake for recreational boating and fishing for the local homesteader and mining community. The lake and surrounding property were sold to the Empire Zinc Company in 1917 and areas surrounding the lake were used by the Eagle Mine operation as mine tailings repositories; there is no evidence that mine tailings were ever deposited in the lake. The mine closed in the early 1980s and the surrounding land was placed on the list of Superfund sites in 1986. However, the lake property is not included in the Superfund-regulated area. In the 1990s, the state deemed the dam unsafe and ordered it to be breached. Bolts Lake has remained empty since that time.

In the 1980s and ‘90s, the property surrounding the lake was remediated. The efforts last summer by Battle North with the support of the district and authority to clean up portions of the Eagle Mine Superfund Site surrounding the lake have been deemed completed, with the U.S. Environmental Protection Agency (EPA) and the Colorado Department of Public Health and Environment (CDPHE) approving the final completion report on Dec. 22, 2021.

Battle North representatives approached the district and authority in 2017 to determine if it made more sense for the water providers to take over the lake property and develop the reservoir. The site can accommodate a 1,200-acre foot reservoir on about 45 acres, with enough water storage to serve the potential Battle North development, the Town of Minturn and significant surplus storage that could benefit areas served by the district and authority. “The purchase of the reservoir site and the agreements that set us on the path to developing this important water supply reflect this community’s values around cooperation and water security,” says District and Authority chairmen Bill Simmons and George Gregory, respectively. “We are grateful to Battle North for recognizing the community need and bringing us this unique opportunity.”

“We are very much looking forward to continued collaboration with the district, the authority, the Town of Minturn, and the team that will be involved to complete reservoir construction,” says Tim McGuire, Battle North’s chief of operations. “Delivering water security to the Town of Minturn and greater portions of the Eagle River Valley is something to celebrate. All parties came to the table with the best of intent and flexibility to get this done.”

“The Town of Minturn supports the important undertaking by the Eagle River Water & Sanitation District and Upper Eagle Regional Water Authority to rebuild Bolts Lake,” says Minturn Mayor Earle Bidez. “Climate change will continue to result in unpredictable water supplies from the Eagle/Colorado River Basin well into the future. The construction of Bolts Lake Reservoir represents a significant project to address the water future of the upper valley communities.”