Former recreational lake could be revived into a 1,200 acre-feet water supply reservoir 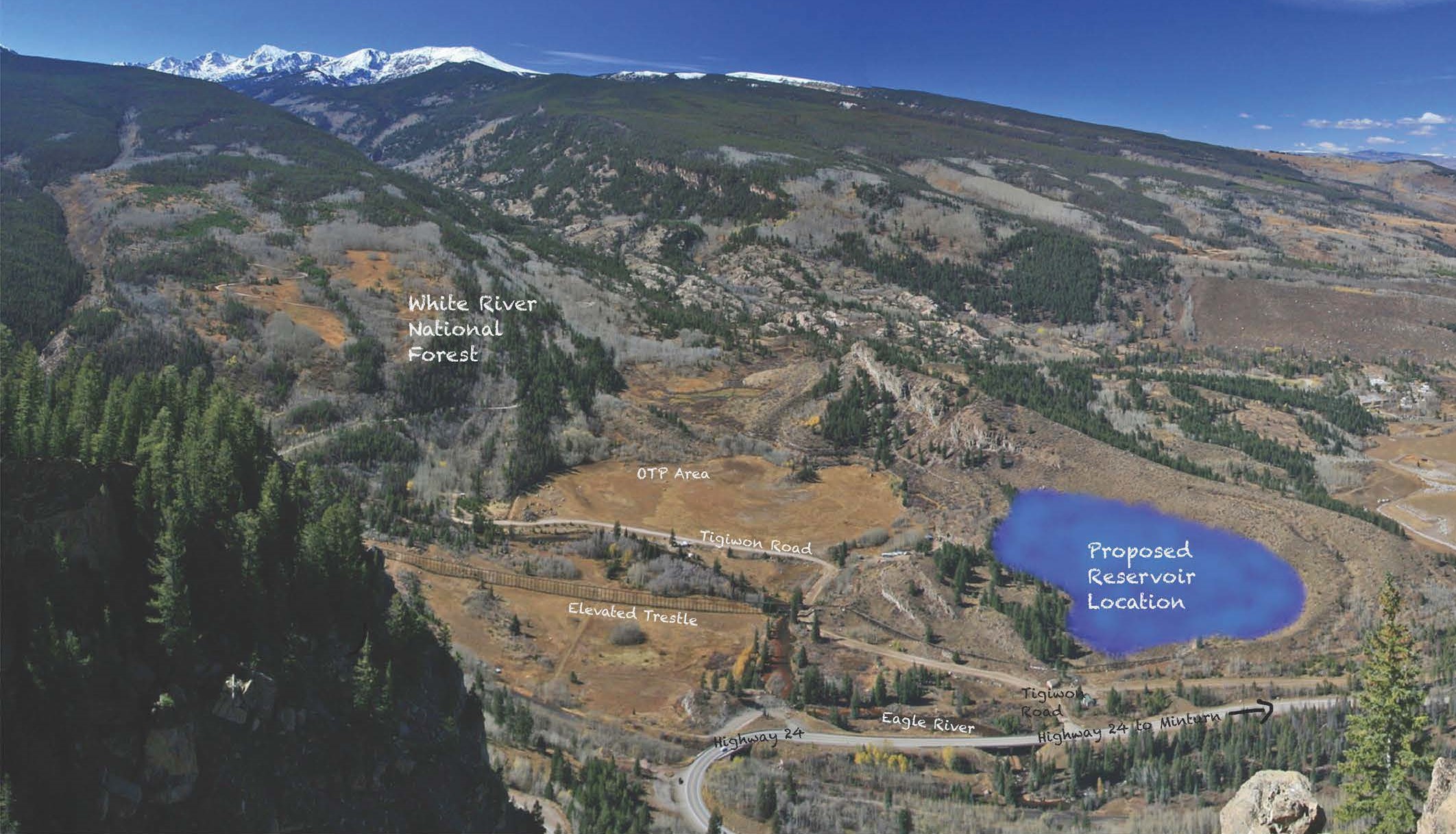 Eagle River Water & Sanitation District and Upper Eagle Regional Water Authority are evaluating the feasibility of redevelopingthe Bolts Lake site at the south end of Minturn as a water supply reservoir. In February, the district, authority, and the landowner reached an agreement for the district and authority to purchase the Bolts Lake site following a one-year due diligence period.

If the project is determined to be feasible, the reservoir would add critical in-basin water storage that provides water supply security to customers in the district and authority service areas, which includes Vail and communities between EagleVail and Edwards. Water stored in the reservoir would also be used to augment diversions to the Bolts and Maloit Park parcels to serve its potential future development.

Bolts Lake was originally constructed in the 1890s by Ben Bolt as a freshwater lake for recreational boating and fishing for the local homesteader and mining community. The lake and surrounding property were sold to the Empire Zinc Company in 1917 and areas surrounding the lake were used by the Eagle Mine operation as mine tailings repositories; there is no evidence that mine tailings were ever deposited in the lake. The mine closed in the early 1980s and the surrounding land was placed on the list of Superfund sites in 1986. However, the lake property is not included in the Superfund-regulated area. In the 1990s, the state deemed the dam unsafe and ordered it to be breached. Bolts Lake has remained empty since that time.

In the 1980s and ‘90s, the property surrounding the lake was remediated. The Bolts Lake site and surrounding property were purchased in 2004 and are currently under ownership management by Crave Real Estate Ventures. Crave recently obtained approvals from the U.S. Environmental Protection Agency for their plans to further remediate the areas surrounding the lake to allow for future development.

Crave representatives approached the district and authority in 2017 to determine if it made more sense for the water providers to take over the lake property and develop the reservoir. All parties recognized that the site could accommodate a 1,200-acre foot reservoir on about 45 acres, with enough water storage to serve the Bolts and Maloit Park development and surplus storage that could benefit areas served by the district and authority.

“We are tremendously excited about the unique opportunity to develop much-needed, in-basin reservoir storage just upstream of our service area that will provide greater water security for our community,” said Jason Cowles, district director of engineering and water resources. “The off-channel reservoir will be on private land on an existing reservoir site, which should result in a more efficient permitting process than what’s often needed when developing water supplies on public lands.”

Any such project would be reviewed by multiple entities, including the town of Minturn along with several state and federal agencies. The project is projected to take up to 10 years to complete.

The primary community benefit is that this new storage, along with an aggressive water conservation plan, will allow the water providers to meet the future water needs of the community through at least 2050.

Also, the district and authority would allow passive recreation on the reservoir, including non-motorized boating and fishing, so long as it doesn’t interfere with the reservoir’s main purpose of water supply. In addition, the construction of the reservoir would require deep excavation within the former lake footprint to roughly triple the volume of the original reservoir capacity. The removed material would be used to cap the surrounding property on the Bolts site, which furthers remediation efforts and improves downstream water quality in the Eagle River.