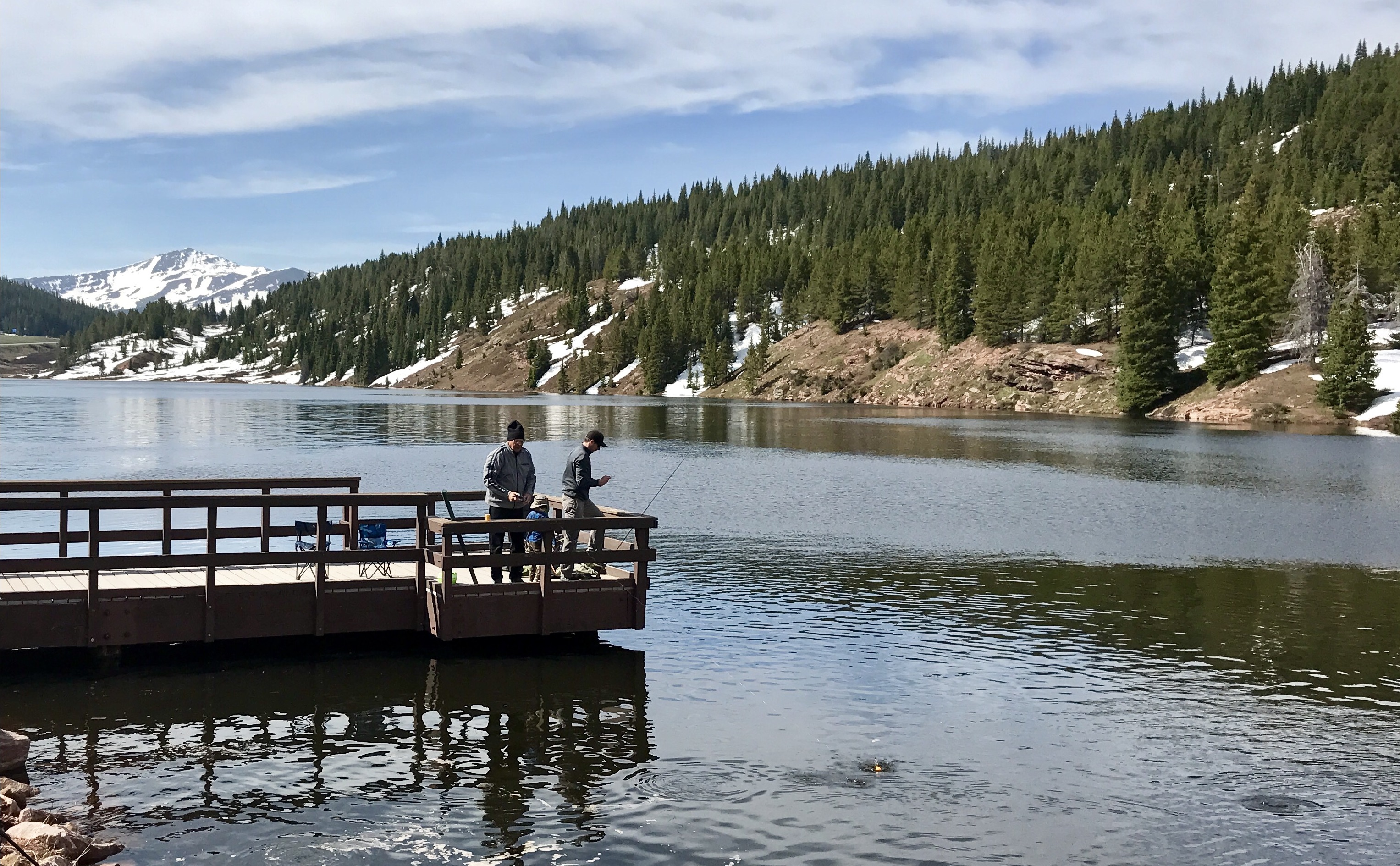 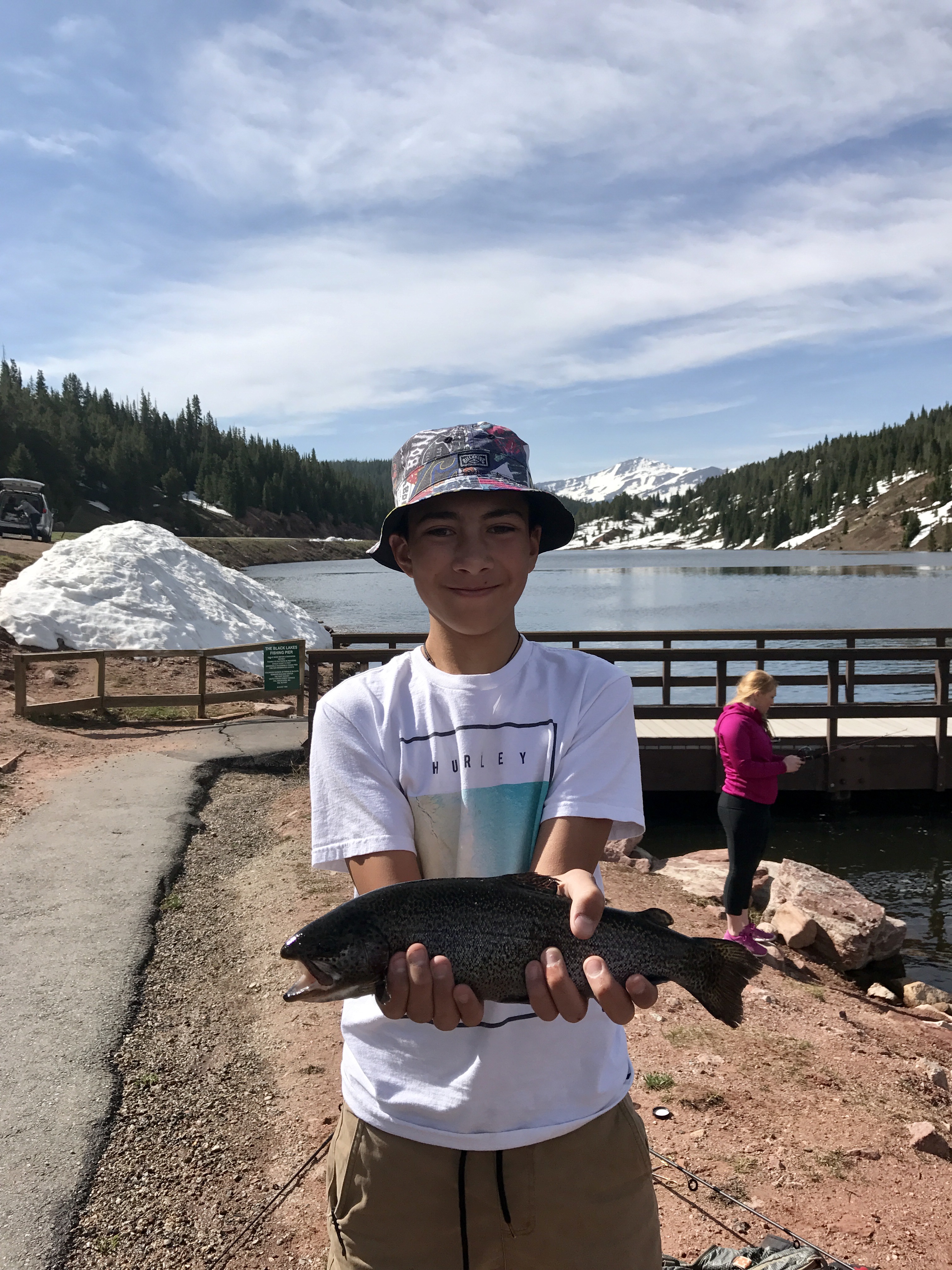 Lucky Christian Bickerstaff, of Littleton, Colo., shows off the first catch of the day at Black Lake No. 1.

The Eagle River Water & Sanitation District stocked Black Lakes with 2,500 pounds of rainbow trout on Friday (6/9). This is the first stocking this year of 9- to 16-inch-long rainbow trout into the two Black Lakes, which are located adjacent to Interstate 70 near the Vail Pass exit.

The fishery supplying the trout says of the 2,500 pounds, roughly half the weight is 9- to 14-inch fish and the remaining is 12- to 16-inch fish. The total number of trout is estimated at more than 3,000. The final stocking of another 2,500 pounds of trout will occur in early July.

The trout are raised by a Boulder-based fishery that is licensed and health-inspected by the Colorado Department of Agriculture and Colorado Parks and Wildlife, which annually tests the fishery’s trout to ensure each lot is healthy and free of disease.

The district stocks the lakes annually with “catchable rainbow trout” under the terms of a 1986 agreement with the Colorado Department of Natural Resources. The two cold-water reservoirs are operated as part of the water supply system developed by the district, which is responsible for the public water system serving the town of Vail and by contract, communities from EagleVail through Cordillera.

At various times of the year, the district releases water from the two lakes into Black Gore Creek that flows into Gore Creek, which runs through the town of Vail. The released water augments Gore Creek streamflows and can be used per district water rights. The lakes are currently “spilling” as remaining snowpack melts and water beyond the storage capacity flows over the spillway into Black Gore Creek. Black Lake No. 2 filled April 25 while Black Lake No. 1 filled May 29. 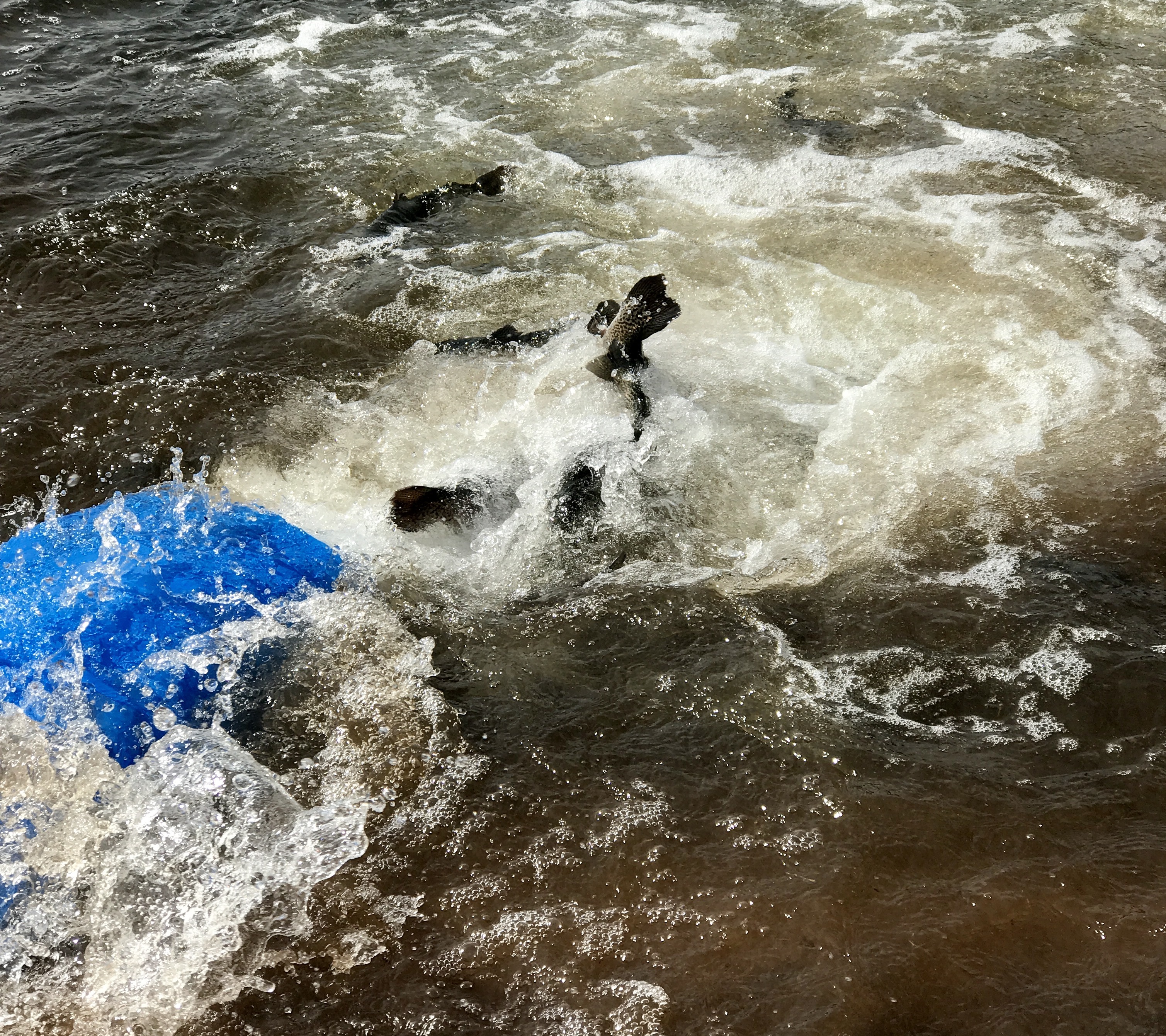 Rainbow trout slide into Black Lake No. 2 from the fishery’s delivery truck.

Colorado Parks and Wildlife partners with the district to operate Black Lake No. 2 in support of fishing, wildlife habitat, and recreation. Information on fishing licenses and fees is available at the CPW website.